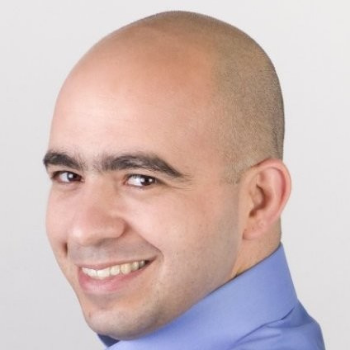 Danny Atsmon, an expert in ADAS and deep learning, is the CEO at Cognata Ltd., a dynamic young technology company that brings the disruptive power of artificial intelligence, deep learning, and computer vision to simulated testing for autonomous cars. He has been in the business of launching high-tech products for more than 20 years. Before joining

Cognata, Danny served as Harman’s (NYSE:HAR now Samsung) Director of ADAS and Senior director of Machine learning. He has co-founded two startup companies, Picitup, a computer visual shopping suite, and iOnRoad, which uses a phone’s native camera and sensors to detect vehicles in front of a car (later acquired by Harman International).

Danny holds several United States utility patents and has created a pipeline of dozens of patent-pending applications. He has also won many top industry awards, including Design and Engineering Showcase Award (2012) for innovation in design, CTIA award (2012) for Best Mobile Application for Automotive, Safe Driving & Transportation, Microsoft Think Next (2012), and the QPrize (2013), which is awarded after Qualcomm Venture’s seed investment competition.

Danny is a graduate of the prestigious Israeli Defense Forces (IDF) Haman Talpiot program, where he served in the elite Unit 8200, and holds a B.Sc. degree in Physics from Tel-Aviv University.