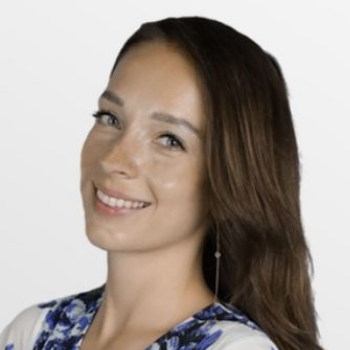 As Senior Venture Associate & Director, Carolin leads the platform development of the Brand & Retail Platform in Germany and European investments in the areas of Retailtech, ECommerce, D2C, QCommerce, FBA and Future of Work with a Focus on DACH and UK. She is generally excited about everything Enterprise Tech. She has led investments into

over 10 companies for the firm and over 10 follow on investments. Some of her prominent portfolio firms include IDNow, Celus, Presize, Etvas, Macai, PricingHub, OkkoHealth or Arbolus.

Prior to joining Plug and Play, Carolin graduated as the Valedictorian of her ESCP Europe Master in Management 2019 class (1/978) where she specialised in Entrepreneurship and IoT. During her study time, she co-founded the startup conference traction by ESCP Europe, which aims at making the world a more entrepreneurial place by connecting students and young businesses. The conference has hosted speakers such as Dorothee Bär, Naren Sham (Omio), Benjamin Bauer (Foodpanda), Martin Weber (Infarm) and companies like Lakestar, Techstars, N26 and many more since 2018.

Before starting her Master degree at ESCP Europe, she started her career in VC and spent 2.5 years as Investment Controller for Direct and Fund of Funds investments at the global venture Firm Next47. She further gained experience in 9 other internships at Siemens AG during her dual education study including Performance Controlling, Purchasing departments, Sales, Project Execution, Human Resources, , Strategy and Business Unit Controlling.

During her career, Carolin has worked and studied in various locations including Guangzhou, Boston, Silicon Valley, The Hague, Madrid, Stockholm, Berlin and Paris.